Chocolate and Mint – one of the best pairings, in my opinion, for a dessert. So with St. Patrick’s Day coming, it made perfect sense to add Mint to my favorite brownie that has only 3 ingredients! Add a delicious fluffy frosting to the top and you have a winner! 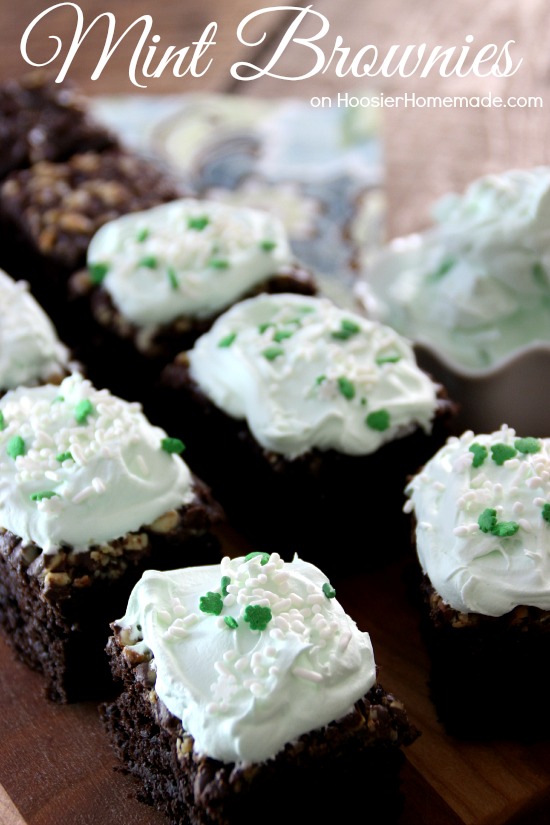 As I’ve mentioned before, I have a slight issue with Brownie Recipes. Until I first tried this recipe, I had searched and searched for a recipe that was fudgy but not too fudgy…cake like but not too cakey, etc. etc. I had finally given up and just decided to use a box mix, which also didn’t always come out right.

Then, I tried this 3 ingredient (plus the toppings) recipe for Better Than Brownies from Gooseberry Patch Cookbook, Rush-Hour Recipes. They quickly became a favorite, so much so that I have to give them away or I will eat the entire batch. 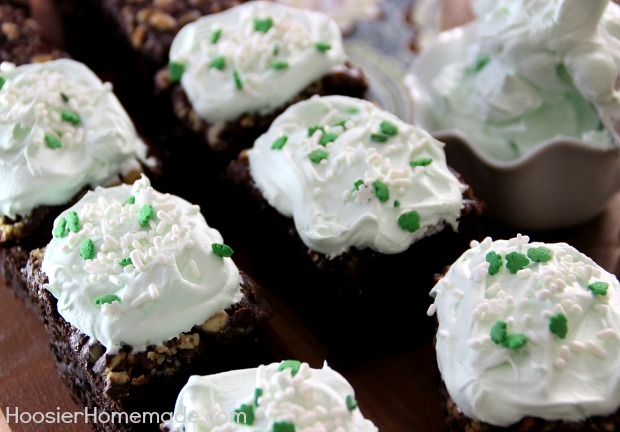 The pudding and milk are combined and cooked on the stove until slightly thick then added to a regular cake mix. The mixture is super thick, but that’s what makes them delicious.

Then to add the mint flavor, I sprinkled the top with Andes Creme de Menthe Baking Chips that I had leftover from the Grasshopper Marshmallow Pops that I made last week. 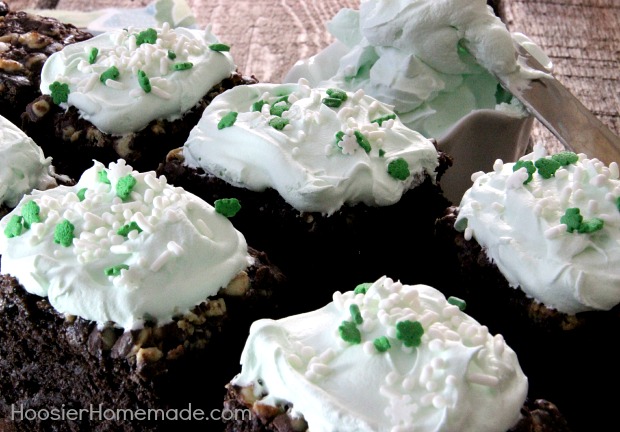 After baking and cooling it was time to add the amazing frosting – a mixture of Cool Whip Whipped Topping and Marshmallow Fluff, a few drops of green coloring for the festive touch. You could certainly add a few drops of mint flavoring as well, I left it out because our youngest son is not a fan of mint.

Then slather – yes I said slather – on the frosting and give the brownies a touch of St. Patrick’s Day sprinkles. 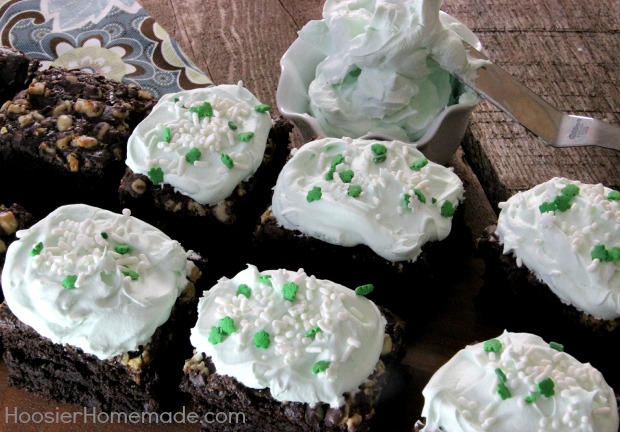