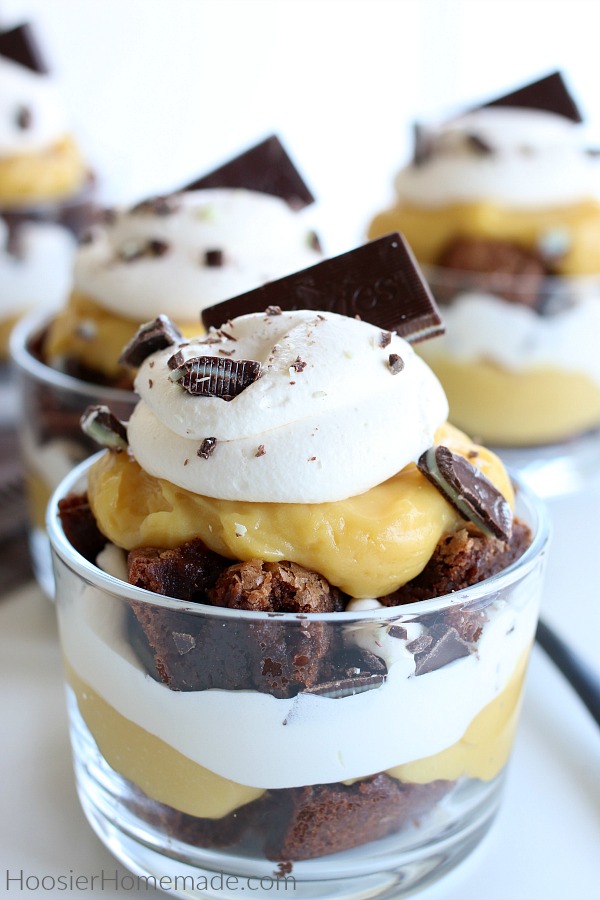 There are many versions of Trifles – some have cake, many with fruit, and most of whip cream. The traditional Trifle originated in English in the 18th century, and they consisted of several layers of alcohol-soaked sponge cake, custard and fruit. And they were served in a large round bowl.

Over the years, here in America, we have adapted and created our own version of trifles, and they are, thankfully, much less complicated. They have also evolved from the traditional cake, fruit and whip cream version – to have many different ingredients – brownies, pudding, yogurt, cheesecake and more. 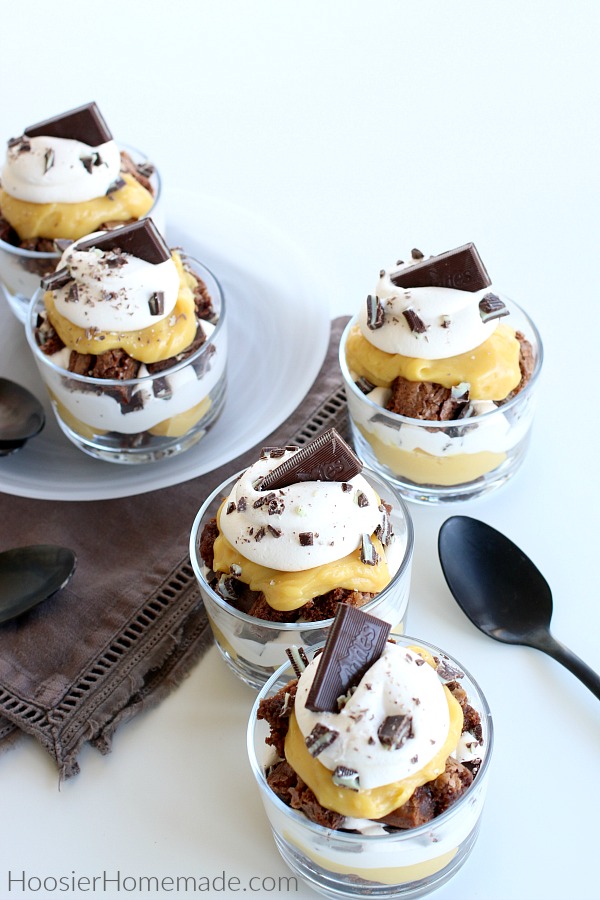 This Thin Mint Trifle has Brownies, Pudding made with Bailey’s Irish Creamer, Whipped Topping and Chocolate Mints. And they are served in individual small dishes, making it much easier to serve, store and even enjoy. 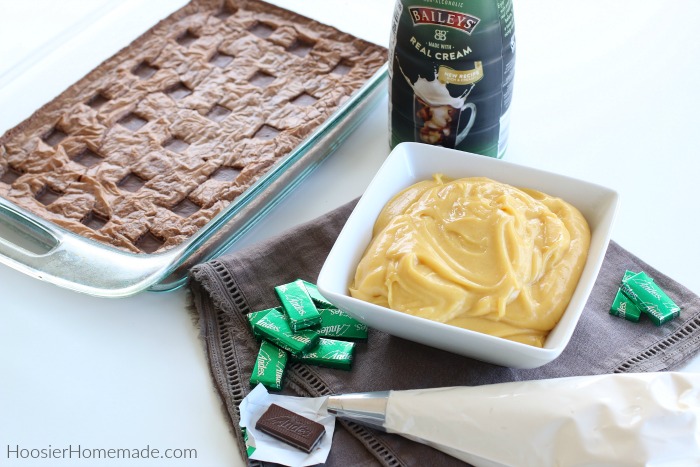 Creating this Thin Mint Trifle is super easy, just a few steps to prepare the ingredients and you are ready to assemble the trifles. 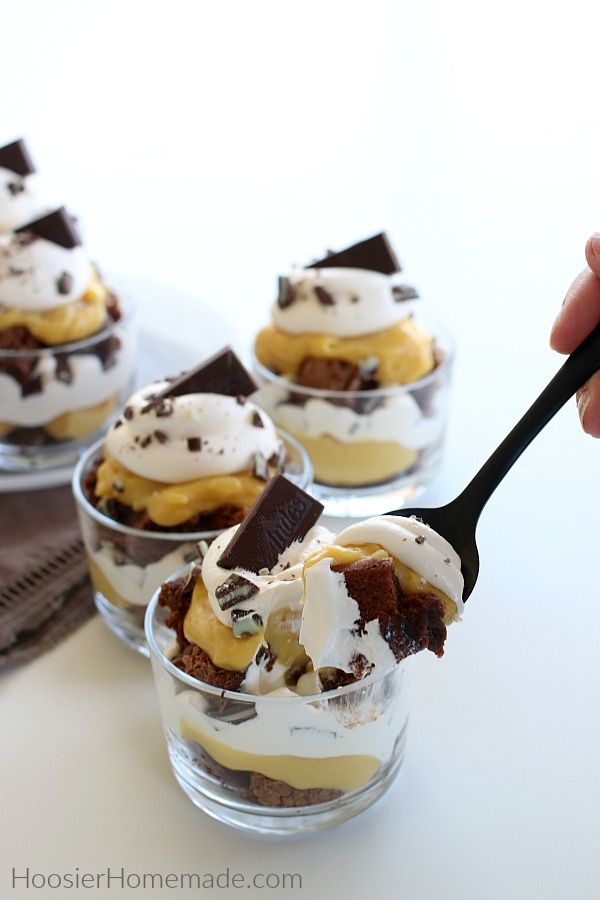 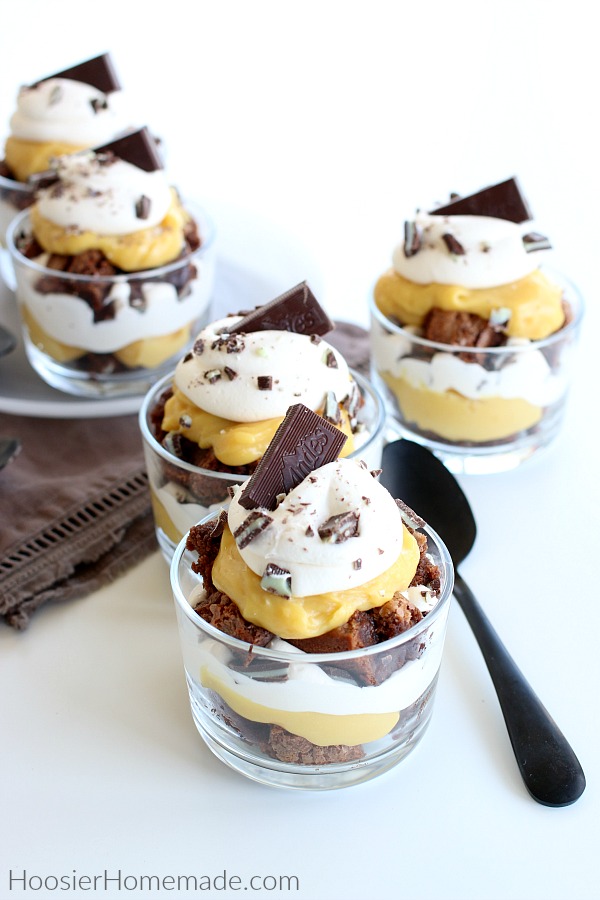 Looking for more fun Trifle Recipes? Click on the photo for the recipe – 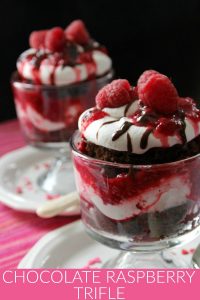 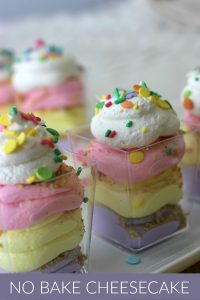 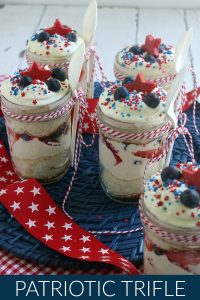 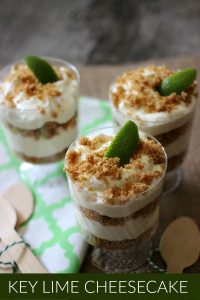 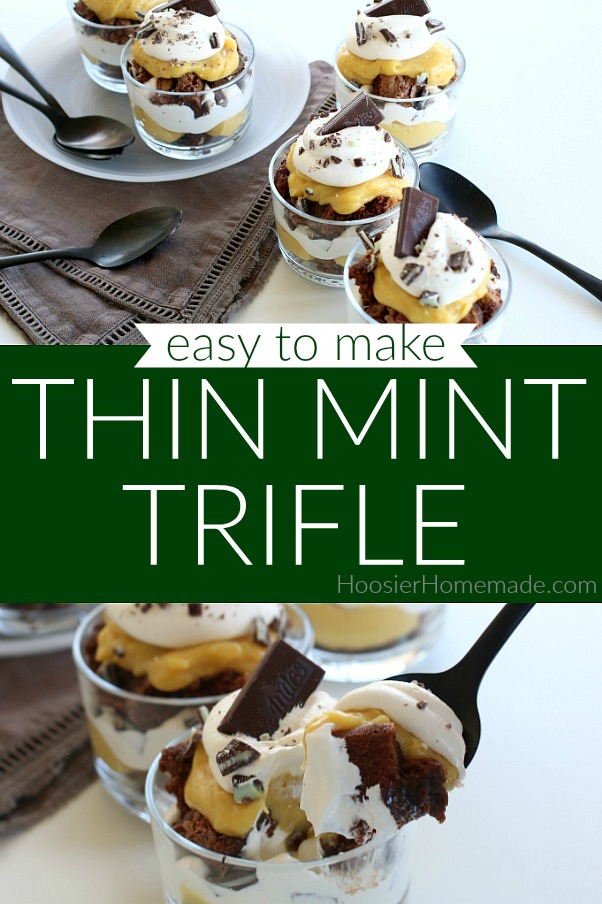 Bake and cool Brownies according to directions on box

To add the mints, cut mint in half and place pushing down slightly on brownies before cooking

Pour in Irish Creamer or milk

Whisk about 2-3 minutes until smooth

Refrigerate at least 10 minutes or until thick

Add whipped topping or whip cream to decorator bag fitted with large round tip (you can also use a spoon, but I have found it to be much easier to use a bag)

Cut brownies into small squares - you may not need all the brownies, depending on how many trifle you are making

Cut remaining mints to sprinkle between the layers and on top

Top with a spoonful of pudding

Refrigerate until ready to serve

Trifles can be made 24 hours before serving

If you can't find it, or don't want to use it - you can use milk with a little mint extract for flavor, plain milk, or another Irish Cream flavored creamer

I did not test this recipe using the Bailey's Irish Cream with Alcohol, however I think you could easily add a little if you like.