Welcome to Cupcake Tuesday! I’m so glad to have you! I have updated the Cupcake Heaven page, there are over 150 designs and recipes! Check it out!!

Have you noticed that the Wilton section in Walmart has increased…a lot? My Walmart is now carrying about 3 times as many Wilton products as before. I was thrilled when I saw that! They have those cool Sugar Sheets like I used when I visited Wilton earlier this year, I need to get some more of those and play with them on Christmas Cupcakes!

But for now…let’s bake some Halloween Cupcakes. 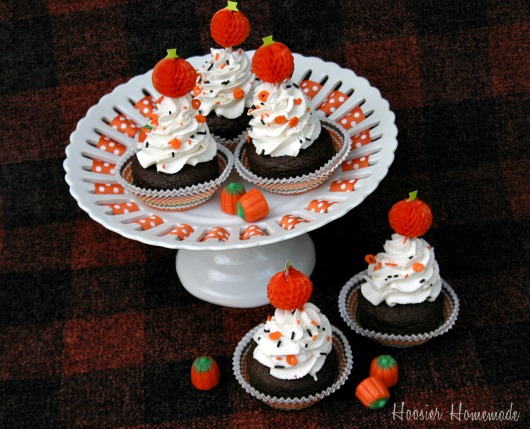 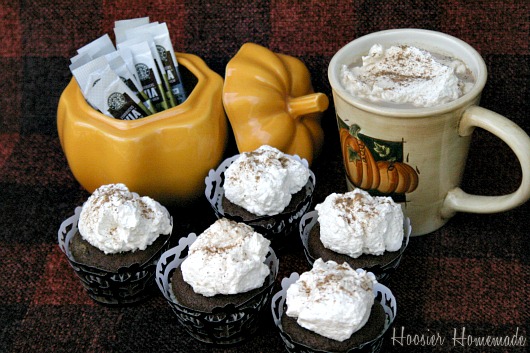 And now because Halloween isn’t just for the kiddos…Pumpkin Spice Latte Cupcakes with Cinnamon Whipping Cream displayed in Wilton Cupcake Wraps to add a little sophistication.

Now it’s your turn…show off your cupcake creations! Be sure to link back so others can enjoy the cupcakes and check out the other cupcakes!

Disclosure: This post is part of a campaign I am participating in with the Walmart Moms. Walmart has provided me with compensation  for this post. My participation is voluntary and opinions, as always are my own.

I also received some Starbucks VIA Coffee to use, the opinions are always my own.