We are on a quest to out smart the Leprechauns! They are smart and witty, but this Leprechaun Trap might just do the job! 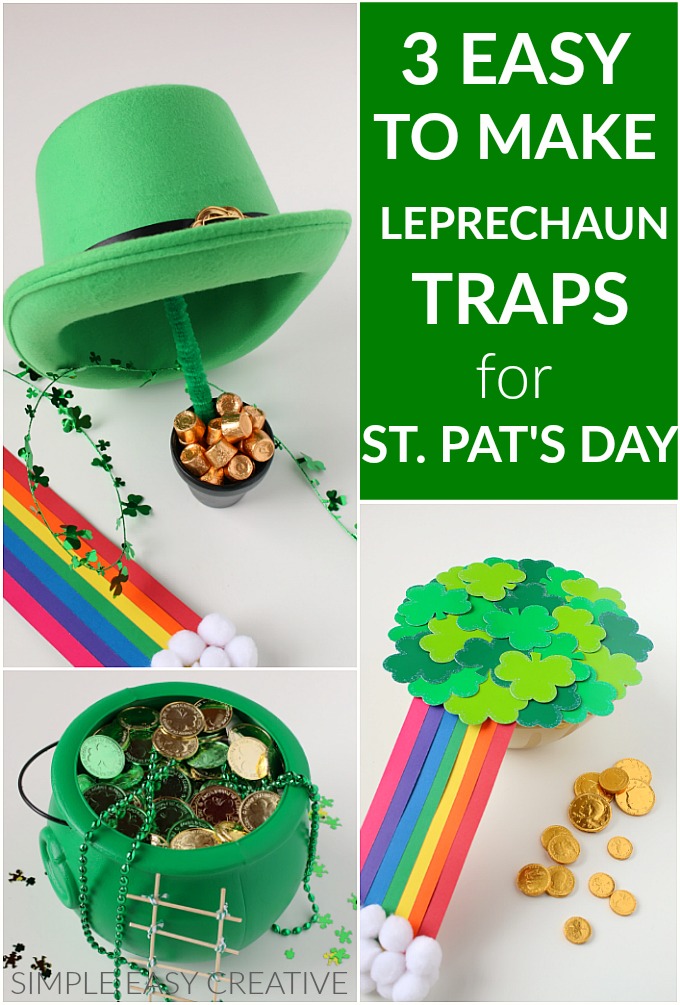 According to legend, the night before St. Patrick’s Day, the Leprechaun comes out and causes all kinds of mischief. Trying to catch the Leprechaun can be tricky, so we have made 3 Leprechaun Traps to help you!

The kids will have such a fun time making the Leprechaun Traps, but the next morning is when the real fun starts! Lucky the Leprechaun has been making messes and causing lots of trouble throughout the house all night long, in his hunt for a few gold coins.

Each of the Leprechaun Traps Ideas use very simple supplies, some you may already have on hand. And they can be put together in minutes.

Be sure to share your photos with me and use #simpleeasycreative, I’d love to see what you create! 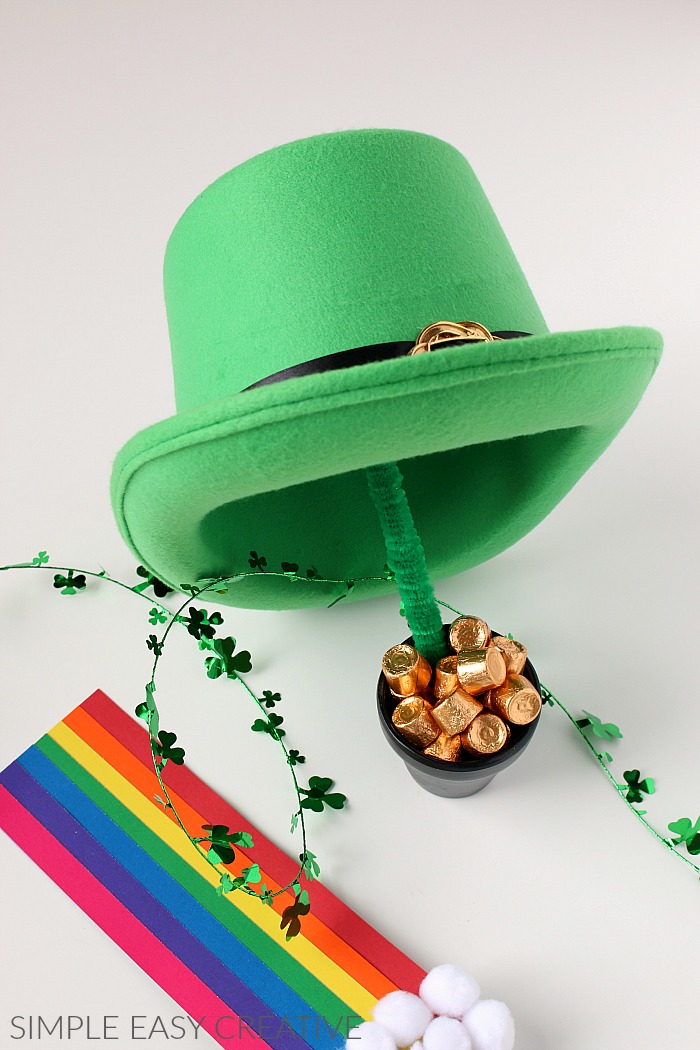 This Leprechaun Trap is made with just a few supplies, and less than 15 minutes of your time. Grab the glue, paper and pipe cleaners – lets get going… 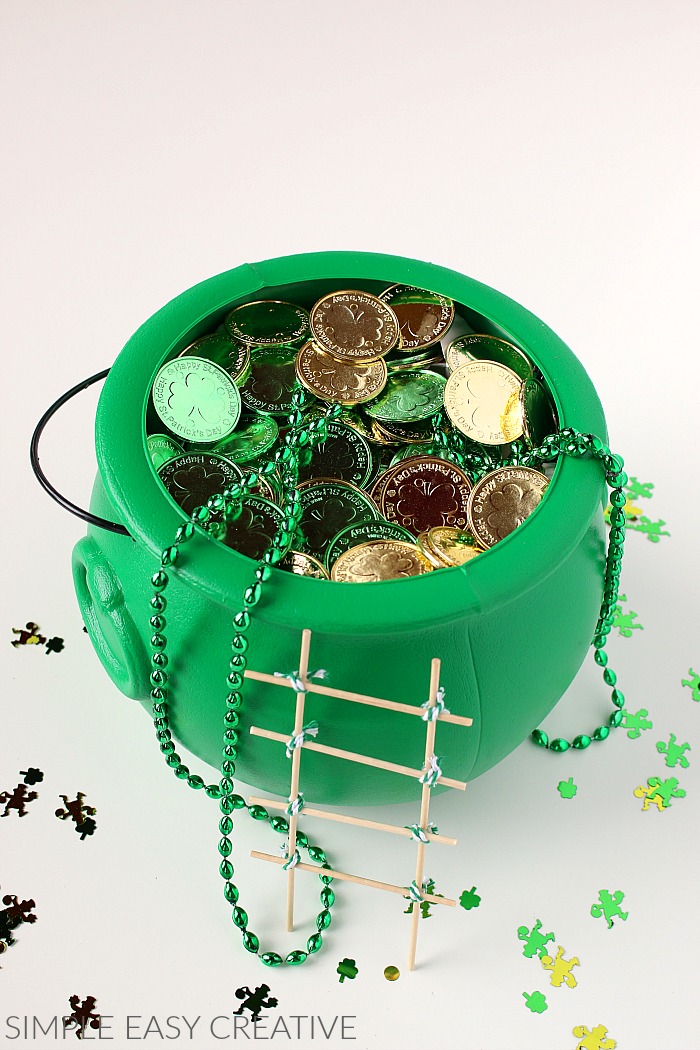 The gold coins are sure to tempt Lucky the Leprechaun! No crafting needed for the bucket and very little for the ladder for this Leprechaun Trap Idea. 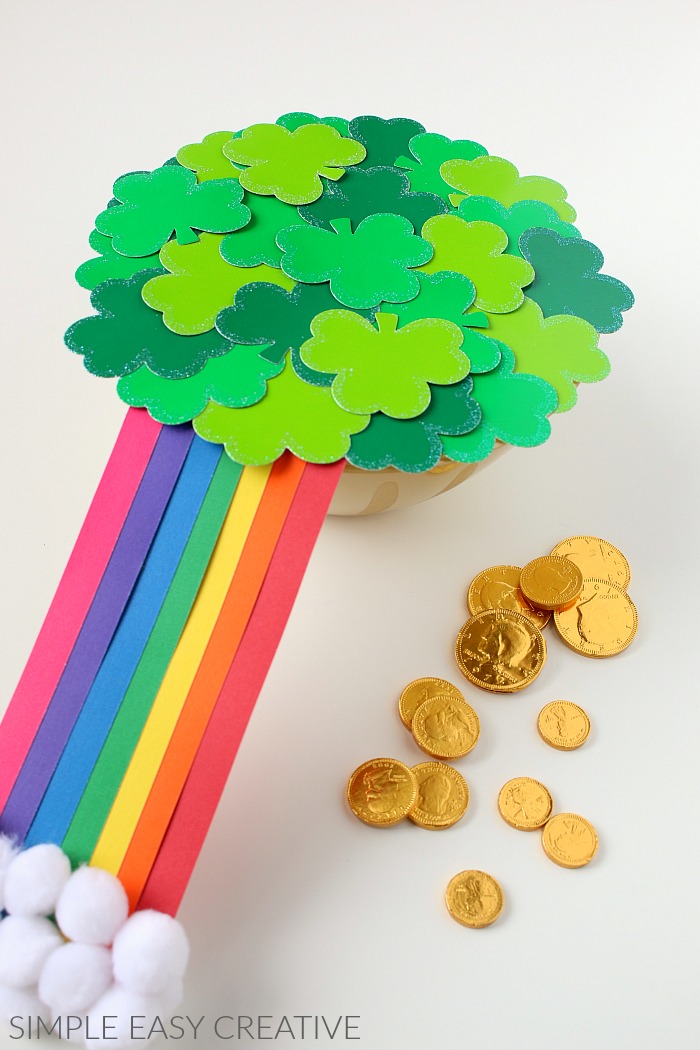 Somewhere over the Rainbow…bridge. Lucky thinks there is gold at the end of this rainbow, but when he climbs up, and tries to step onto of the shamrocks, he will fall right in.

Now that you have learned how to build a Leprechaun Trap – head on over and see what other mischief Lucky has caused as he hunts through the house for his treasure. 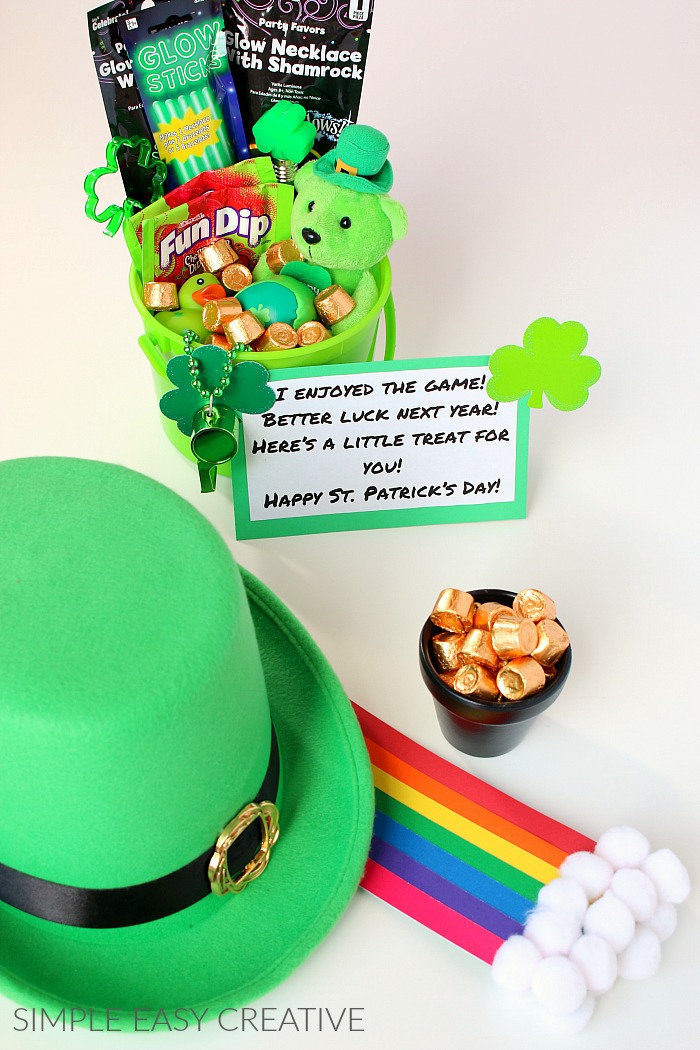 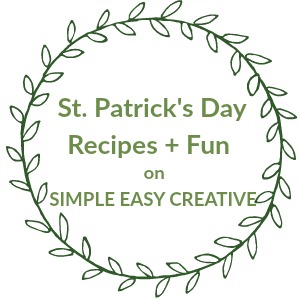